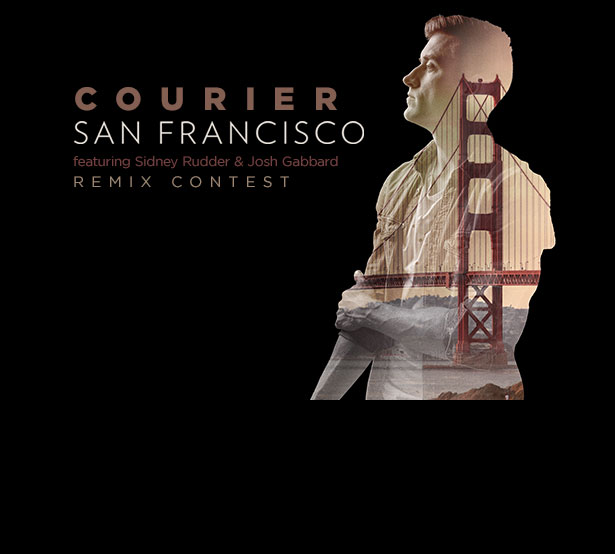 Courier, pseudonym of Nashville singer-songwriter Blake Mundell, is a concept career focused on telling the stories of everyday people through music. A native of the Great Plains of Colorado's Eastern border, Mundell moved to Nashville at age 18 to study songwriting under the tutelage of Thom Schuyler, Tom Douglas, and James Elliott. During his years of focus on writing for Country and CCM markets, he became a sought after "lyric guy" for his ability to turn a phrase and craft meaningful stories. It wasn't until he began touring with pop/punk band Yours Truly in 2011 that he shifted his focus to pop music. He touts Paul Simon as his biggest influence above all others, but those others include a range of musicians from Vampire Weekend to Coldplay to Justin Bieber.

In 2017, Mundell released his debut album under the Courier title. The 13-song record, The Present Tense, was comprised of songs written about the life stories of his 13 closest friends, beginning a career trajectory aimed at using his craft to tell real-life stories of people in his community. In the wake of success from The Present Tense, he plans on taking no breaks. His sophomore record is already in the works, in which he'll be telling the stories of society's most marginalized people through song. It will be released alongside an accompanying documentary.

Now, Courier wants you to remix "San Francisco". Take these uplifting stems and show us what you've got!

Check out Courier's links below: