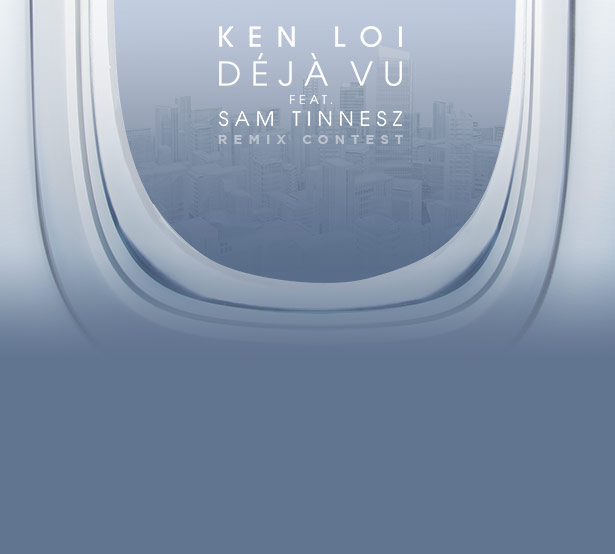 Pyramind and Thrive Music team up for this remix contest to celebrate the release of Ken Loi's single Déjà Vu as well as his recent addition to the Pyramind Mentorship Network.

The fluid combination of Bay Area native Ken Loi's decade of production expertise and his experience behind the creation of genres all across the dance music spectrum has allowed him to realize the dreams of every prospective up and comer.

Despite his roots being firmly planted in trance, Ken’s debut EP was released by Big Beat Records as a fiery exploration through the heaviest realms of electro house. After putting out his first vocal record through Musical Freedom, he was named by Tiësto himself in DJ Mag as Breakthrough Artist of The Year. He went on to directly support both Tiësto and Kaskade at some of Las Vegas's most esteemed clubs and venues through 2013, and launched his very own label, Starbright Records, during the same year.

Ken’s towering, progressive house track “Don’t Stop The Love” was soon added onto BPM’s rotation, and his collaborative remix of Calvin Harris’s “Sweet Nothing” with Tiësto was released on Club Life Volume 3. As his reach and influence across the community expanded, he was approached by AT&T and ISAtv to partner for their 2014 Mobile Mix campaign and be featured in the project’s now-viral music video.

In 2015, Ken released his very first single with Armada Music and Zouk Recordings: an ethereal and uplifting, vocal-focused progressive track with Anna Yvette, “Love Is All We Need.” The song was featured on Proximity’s Youtube channel, and currently sits at nearly half a million views.

Ken began his 2016 season when Super Bowl 50 recruited him to DJ the official Pregame VIP party at Levi’s Stadium in Santa Clara, CA. From there, he released the widely acclaimed “Coming 4 U” on Zouk Recordings and Armada Music, which was soon cycled on Pulse 96.7 Las Vegas, BPM, Music Choice and Spotify’s own Fresh EDM playlist. His latest song “Believe” featuring Elle Vee released Armada was also chosen as Demo of the Week on Hardwell On Air and reached the Beatport #20 position of the Progression Top 100 charts.

As the year continues, and festival season comes into full swing, Ken Loi’s ever-growing base of supporters and fans can look forward to another incredible summer of club takeovers and the promise of even more fantastic releases.

You can download these samples from Output's brand new Analog Strings virtual instrument to keep you inspired.