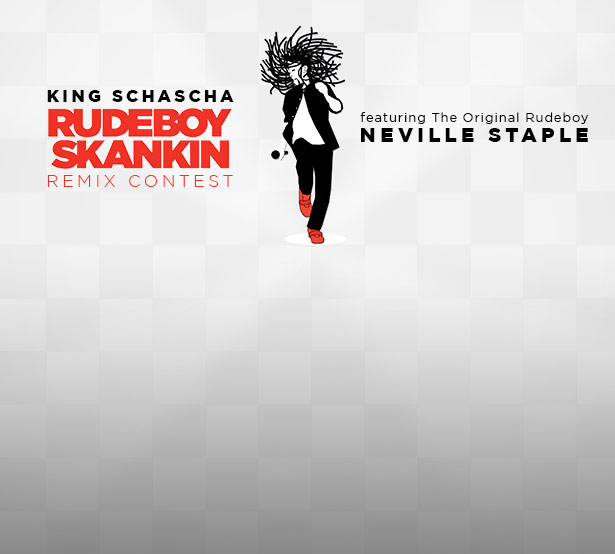 Lately, it seems as though King Schascha is everywhere and with everyone. He’s been touring with the legendary English Beat and performing with Sister Nancy, Squeeze, Soul Asylum, UB40, B52’s, The Interrupters, Culture Club, and Berlin. His recordings include guest stars such as Sister Nancy, Sizzla, Neville Staple, SkaFace, and The Transmitters. On top of all that, he is the President of the Escondido United Football Club in Southern California.

King Schascha is now an integral part of San Diego’s Reggae scene who brings with him a fusion of dancehall, reggae, soul, country, jazz, and calypso. He is known for the authenticity of his songs and genuineness one only finds in the roots of these genres adding his own modern touch to it. Born in Trinidad and Tobago, the region played an integral part in the growth of these genres. “I give thanks everyday for my upbringing,” he says, because he knows how invaluable and priceless the exposure to the true roots of the genre has been for his own music.

“I’ve got mad respect for my band members’ talent, dedication, and love of music”, says King Schascha. Playing the riddims is Irusalem, a 7-member band and chosen family. King Schascha has been steadily creating a following over the past few years due to his energetic stage presence that ensures the whole audience grooves with him. He is also an active song-writer and his songs, “Dancehall Murda” and “One Day” have been receiving increasing plays.

King Schascha believes in the power of music and its connection to the human soul. He creates music with positive vibes that brings people from all over the world together and enjoy as one. He is on a quest to fuse the beauty of different genres and regions of music into an amazing experience.

One People. One Planet. One Love.

Now King Schascha wants you to remix his new track "Rudeboy Skankin" Ft. Neville Staple from The Specials. Take these groovy stems and show us your Rudeboy style!