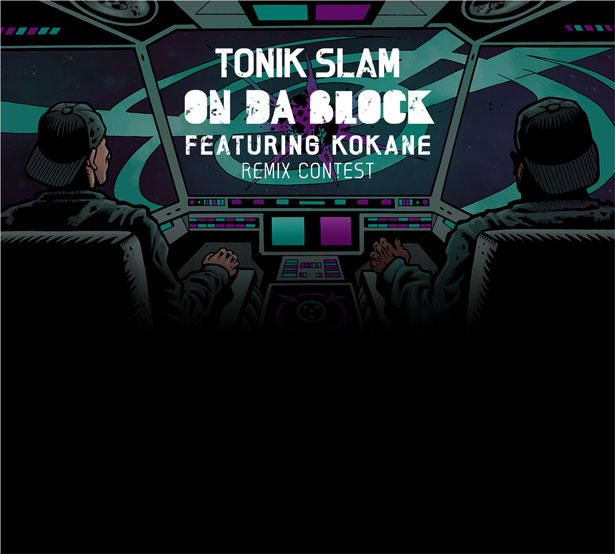 Tonik Slam, also known as got loonch? is a Rap/Hip-Hop artist/producer from Yekaterinburg, Russia currently living in San Diego, California. Tonik has achieved a lot in this competitive field. While in Russia, he released 3 albums of his independent label, was touring, won awards like “The Best Rap/Hip-Hop Album” by The Akademia and “#1 ON THE CHARTS” by POWER FM GLOBAL RADIO NETWORK, was published in ONE WEST Magazine, and opened the stage for big time Russian Rap artists and worldwide known artists such as ONYX, Raekwon (Wu-Tang Clan), XZIBIT, Serial Killers, OUTLAWZ, and Devin The Dude.

The Legendary Kokane has worked with platinum, gold, and indie artists from around the world, such as, Bootsy Collins, Dr. Dre, Snoop Dogg and Ice Cube to name a few. After 28 years of hard work and dedication, Kokane holds the world record as being the Most Featured recording artist in the history of the music business! Kokane started working with Tonik Slam back in 2012 and have recorded 30+ songs in total.

In the meantime, before the album officially drops the duo wants to source a remix competition for the song “On Da Block” to find something completely original and unique. So take these red hot stems, go crazy, and show us what you've got!