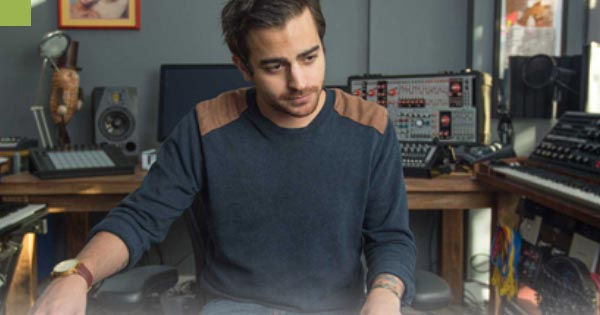 Xander will announce his favorite remixes to be included on an upcoming remix release out later this year and the winners will also receive a copy of ROLI’s multidimensional software Equator. Let’s start collaborating with Xander and remix!

Xander Singh is one of the most tasteful and talented multi instrumentalists in the music scene. He has spent years as a songwriter and member of Pepper Rabbit leading him to get on the road and studio with Passion Pit. After years on the road, Xander focuses on writing for other notable artists such as Selena Gomez, Foster The People, Kimbra along with scoring numerous films and commercials seen on Netflix, HBO, CNN, and more.

Xander released his long awaited debut solo effort Muffin in December via Hit City USA. He is excited to be sharing the stems to “First Punch”, a beautiful dreamy heartfelt song off the album which features the Seaboard RISE from ROLI. Xander welcomes the Blend community to reimagine and get creative remixing “First Punch”. Here is how to get involved:

Pull the stems to “First Punch”

Remix Xander’s track in your DAW of choice

For complete information of remix event visit this website